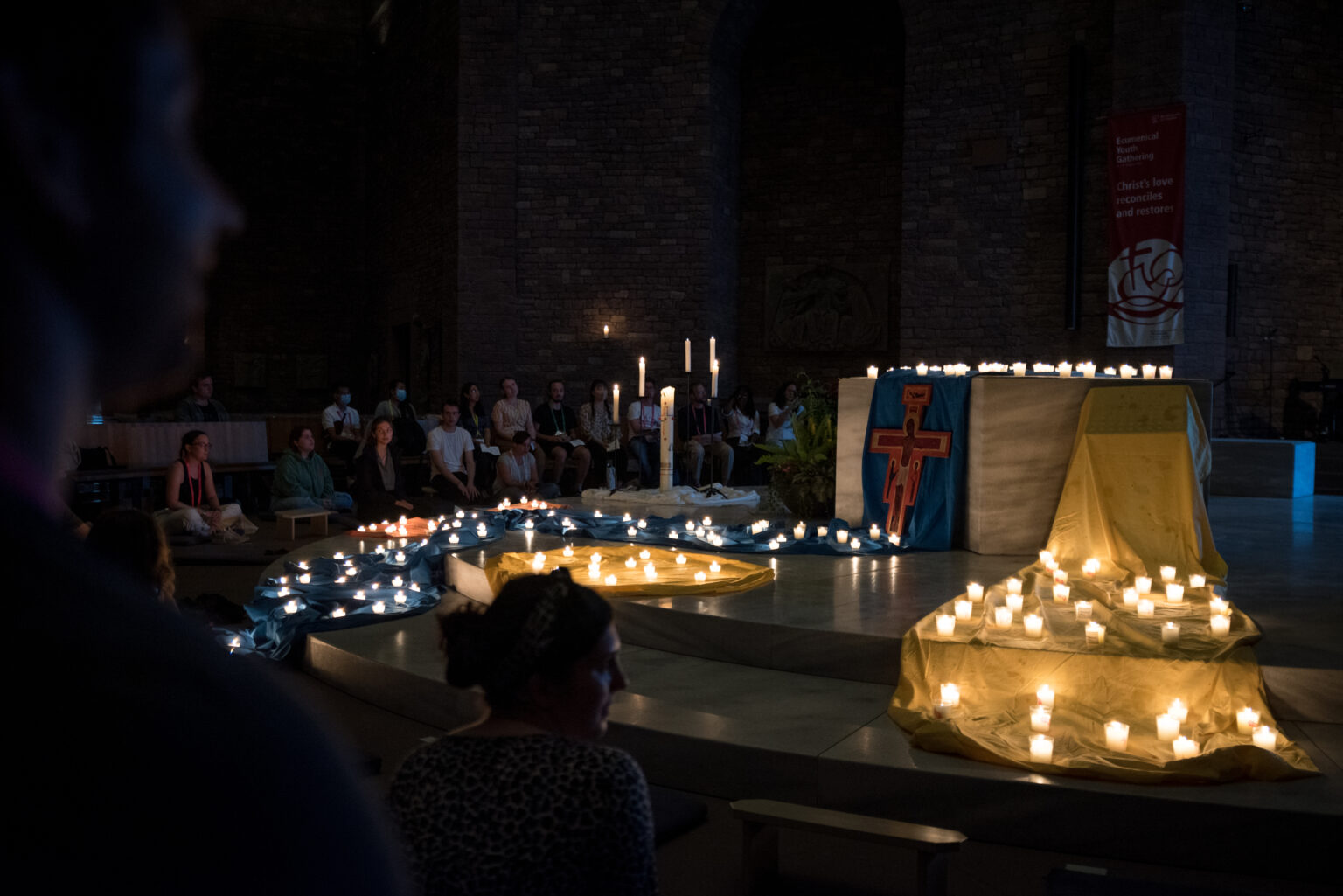 Ukraine and the 11th Assembly of the World Council of Churches

The 11th Assembly of the World Council of Churches took place in Karlsruhe, Germany, from 31 August to 8 September 2022, under the theme “Christ’s love moves the world to reconciliation and unity”. This year’s Assembly was attended by 574 delegates representing 352 Churches and church communities.

The topic of the war in Ukraine undoubtedly became one of the main ones at this year’s Assembly – panel discussions were devoted to it, and it was often addressed in private conversations and prayers. The Assembly adopted a separate document – “War in Ukraine, Peace and Justice in the European Region“.

As we meet in Karlsruhe, tragically, we are witnessing a war afflicting Europe. The thoughts and prayers of all participants in the 11th Assembly of the WCC are focused on the people and country of Ukraine, and the tragic consequences they have and are suffering since the Russian invasion on 24 February 2022, in addition to the thousands of casualties including many civilians in the East of the country and hundreds of thousands of refugees and displaced people since 2014.

During this six month period, there have been over 13,000 Ukrainian civilian casualties and cities such as Mariupol have been laid in ruins. At this moment close to 14 million people – almost one-third of the entire population of Ukraine – have been forced to flee their homes (according to UNHCR). Moreover, there are many reports of atrocities that may constitute war crimes and crimes against humanity, including sexual and gender-based violence, as well as greatly heightened vulnerability to human trafficking. In addition, we are very concerned about the risks of catastrophic consequences resulting from damage caused to the Zaporizhzhia nuclear power plant by military activities in its vicinity – as well as containment security at the site of the Chornobyl disaster of 1986.

At its meeting in June 2022, the WCC central committee deplored the war as “illegal and unjustifiable”, lamenting the awful and continuing toll of deaths, destruction and displacement, of destroyed relationships and ever more deeply entrenched antagonism between the people of the region, of escalating confrontation globally, of increased famine risk in food insecure regions of the world, of economic hardship and heightened social and political instability in many countries.

During the panel discussion of the text of the statement, two youth representatives from the OCU delegation, Roman Sigov and Oleksandra Kovalenko, spoke with criticism.

Because Russian Orthodox Church not only was participating in writing this document, but also has the biggest number of representatives in the Central Committee and here at this Assembly. Meanwhile, the members of Russian Church support the war. Two weeks ago a Russian bishop posted a video of Ukrainian prisoners and mocked of them. He sits here and vote for the statements with orange and blue cards. I am talking about Metropolitan Leonid of Klyn. I know at least 16 Russian bishops who support the war, including the Patriarch Kirill. It’s unacceptable.

Let us transform the injustices and speak the truth loud and clear. Thank you!

Dear brothers and sisters,I am asking you to hear me and to not compromise the obvious truth in sake of diplomacy. Just name it as it is – Russian agression against Ukraine. If Churches aren’t the ones raising their voices when there is violence and injustice happening will we still be “the salt of the earth”?

I also appeal to the delegation of the Russian Orthodox Church and ask them – if you are against war of Russian Federation against Ukraine, please, raise your blue cards. It is very sad that you compare the blood of Ukrainian people to Starbucks and McDonalds. I will raise my badge as I don’t have a card to vote.

*no cards were raised* This is it. Thank you!