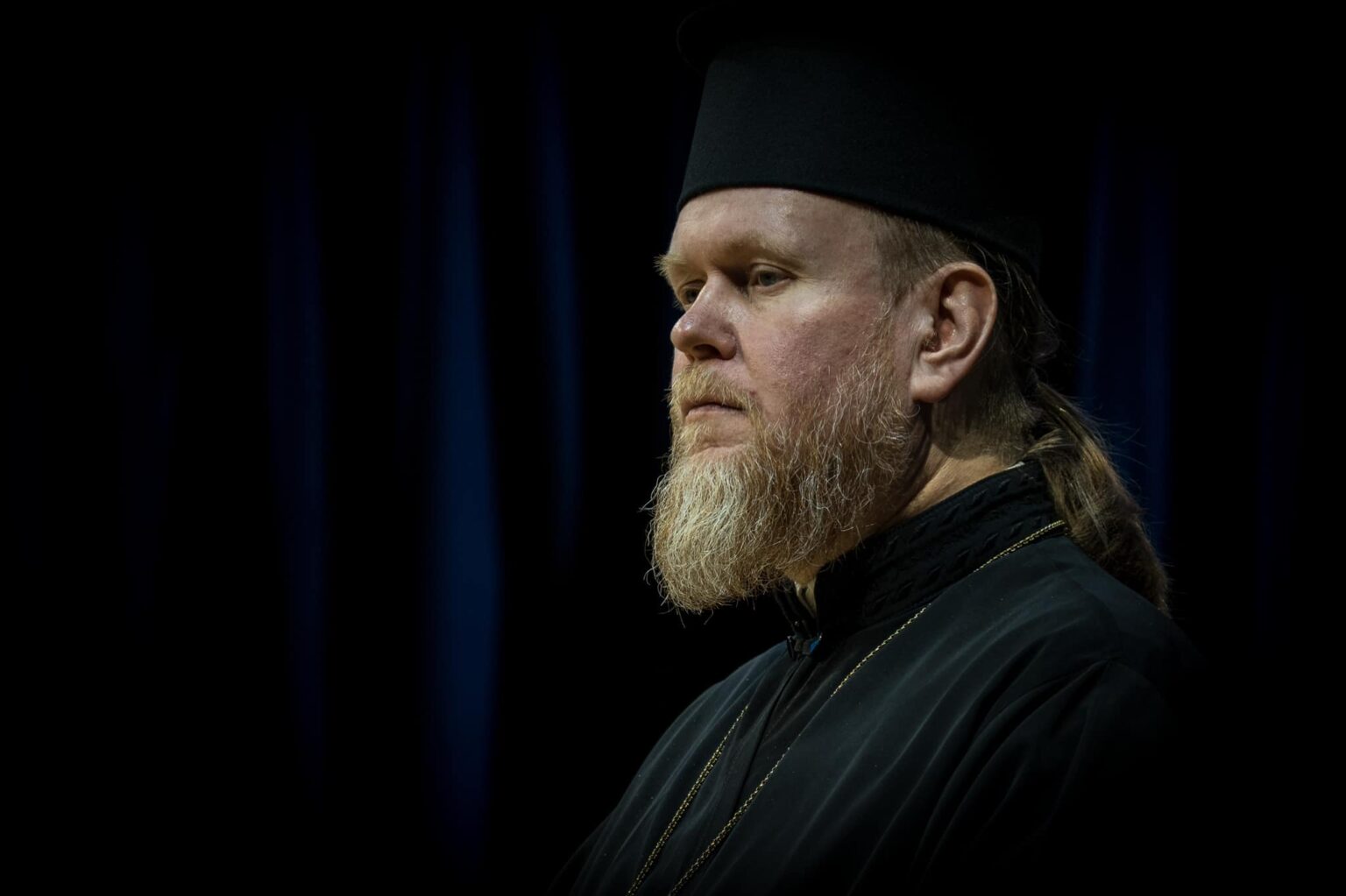 “Today, Ukrainians are the ones attacked by robbers”, -Archbishop Yevstratiy of Chernihiv and Nizhyn at the 11th WCC Assembly

Priest Rostyslav Dudarenko, 45, was the parish priest in the village of Yasnohorodka, some 40 kilometers west of the Kyiv. He was assisting civilian volunteers manning a checkpoint at the entrance of their town.  When Russian soldiers began to shoot at unarmed civilians, Fr. Rostyslav raised a cross over his head as he tried to protect them. Then he was shot. It was March 5, 2022, two weeks after Russian Federation started an unprovoked full-scale war against Ukraine.

In the last six months, thousands of civilians were killed, including 376 children, 15 millions became refugees and the unprovoked full-scale war continues as we speak.

Dear participants and guests of the Assembly! Dear brothers and sisters!

First, I wish to express my gratitude for your decision to invite representatives of various Churches of Ukraine to join you today and to allow us to share our pain.

The Christian history of Ukraine stretches back to the age of the Apostles, when the Apostle Andrew first brought the Gospel to our lands – in Crimea and along the Dnipro River.

For more than a thousand years, ever since the baptism of the inhabitants of our capital, the City of Kyiv, requested by the ruler of the ancient Ukrainian state, by Saint Prince Volodymyr, the vast majority of our people have held on to their Christian Faith.

According to recent sociological data, over 80 percent of Ukrainians identify themselves as Christians, and, of these, almost two-thirds, more than 50 percent identify with the Local Orthodox Church of Ukraine, which I have the honor to represent here today.

Unfortunately, despite this ancient and unique Ukrainian Christian tradition, despite the variety of Christian confessions that have long existed in Ukraine, Ukrainians have for decades not had a voice of our own in the World Council of Churches. They talked about us without us.

Thank you for giving us the opportunity to speak on our own behalf today and for your support!

The tragic events of the war which Russia initiated and brutally wages against our people, clearly demand a change. The Orthodox Church of Ukraine has already applied for full membership in the World Council of Churches, and, on behalf of millions of Christian faithful, united in more than 7,000 parishes, we ask you to support our request.

For more than three centuries, the Russian Empire and then the Soviet Union tried to erase the uniqueness of the Ukrainian people. Our language was banned for use and study, our Church was annexed and used as an instrument of Imperial policy.

One of the themes of the current Assembly is uniqueness and identity. For centuries, Imperial Russia wanted to deprive the Ukrainian people of our identity. An acknowledged goal of the current war that Russia is waging on Ukraine is the same – “de-Ukrainization of Ukraine”. Russia continues, as it has for centuries, to use all the tools and rhetoric of colonialism with a goal of eliminating us.

It is impossible to say everything that I want and need to say in a short speech, but I pray that during the days we are here, and in the years to come, there will be many opportunities to listen and respond, to answer all questions and cooperate with everyone.

The parable of the good Samaritan came to mind at the beginning of our gathering. This parable is a call to be merciful to someone you don’t know, but who needs help and protection. Today, Ukrainians are the ones attacked by robbers. Many of you do not know much about us, and to some of you we are strangers, as the Samaritans were to the Jews. But we, the Christians of Ukraine and the Ukrainian people in general, need and ask for mercy, prayers, and practical help from each one of you. Do not pass by our suffering and our pain, as the priest and the Levite of the parable!

We are deeply grateful to everyone who has already shown and continues to show the kindness of the Samaritan to Ukrainians. Especially, thank you for praying for just peace and the victory of truth in Ukraine. Please – continue to pray; the prayers of the righteous can move mountains.

We thank you for the humanitarian aid, for your help to Ukrainian refugees. So much is needed now, and so much will be needed in the future to rebuild after the war. We are open to cooperation and will be grateful for any support.

And what you can do to help Ukraine now is be witness to the truth, and fight for it. We are grateful to the leadership of the World Church Council of Churches for their public support since the beginning of Russia’s full-scale aggression, in particular through your appeals to the Russian Patriarch Kirill. No one has the right to bless aggression, no one has the right to justify war crimes and acts of genocide. We hope that the Assembly will be able to find appropriate words and actions to continue to be witnesses to truth.

We are grateful for the visit of the Council delegation to Kyiv and believe that our more intensive dialogue will be useful, dialogue which is not for the sake of platitudes or allowing the justification of evil with propaganda, but for affirming those principles of truth and of love for peace which are fundamental to this Council.

On behalf of our Primate, His Beatitude Metropolitan Epiphaniy, and the millions of Ukrainian faithful Christians, I convey our greetings; may God bless us all with the good fruits of our labor in His name!